Today with our digital journey we want to take you to the discovery of the 3 historic cafes in the center of Rome.

These are places where the intense aroma of coffee blends with history, telling us incredible anecdotes about the city’s past and who, passing through the Capital, was fascinated by it.

Are you ready to get lost in a cup of coffee? 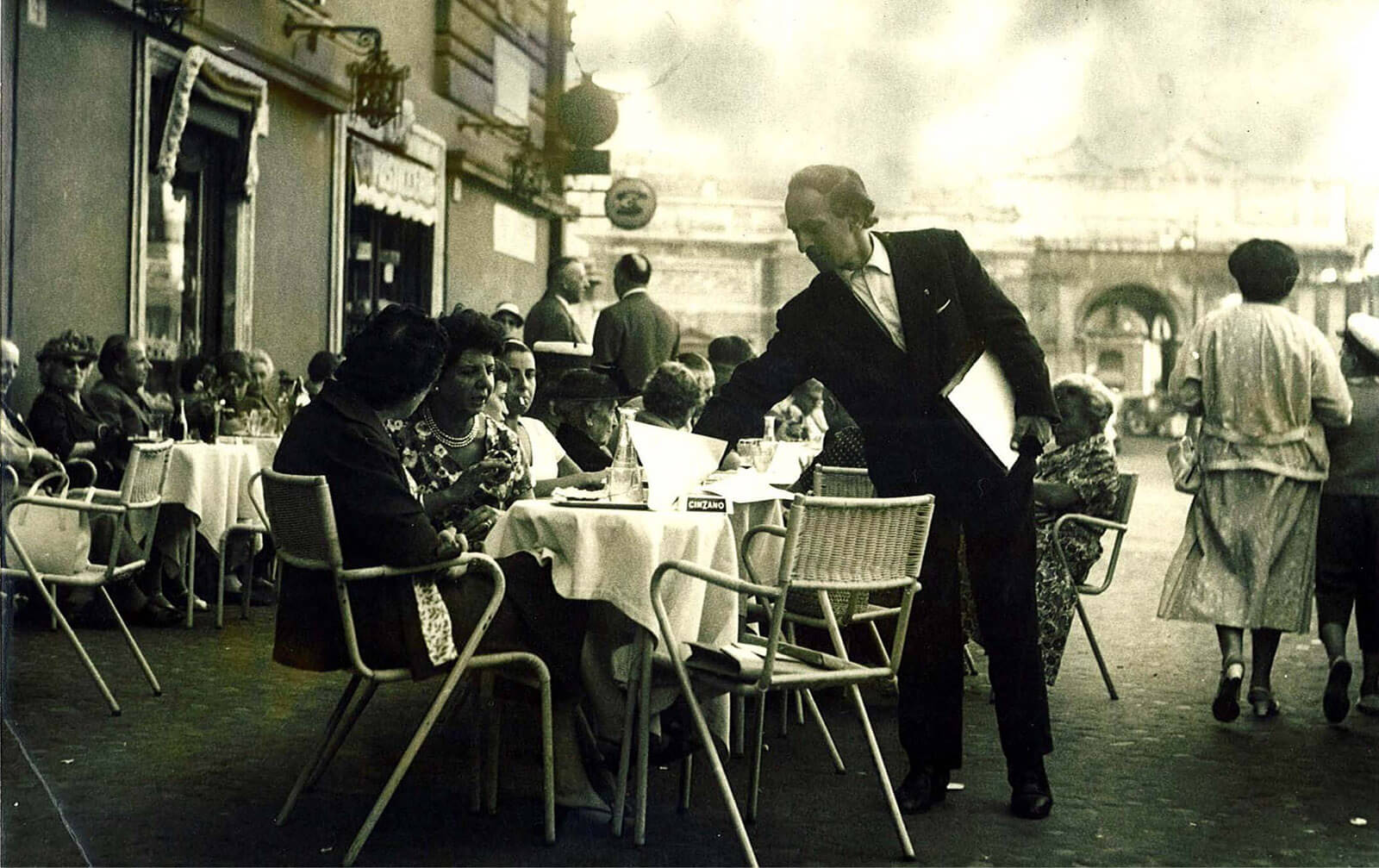 Since 1922, the bar Rosati is historic not only because it is almost a century old, but also because it has seen so many facts between its cups and its Art Nouveau furniture. In fact, the Rosati is a real artistic and literary café, a meeting place for painters, artists, filmmakers, actors and politicians.

The ’30s were a golden age, just as in the post-war period it was easy to spot among its rooms famous names of our literature such as Alberto Moravia and his wife Elsa Morante. In the ’60s, then, Fellini often came here, as did Pasolini and Italo Calvino.

The bar Rosati in Piazza del Popolo was a place of debate, of comparison, of great speeches on art. It seems that the scripts of many cult movies of our cinema were written on these tables!

If the interior has an ancient atmosphere, the tables offer a view of the magnificent square, which has the oldest obelisk in Rome in the middle! 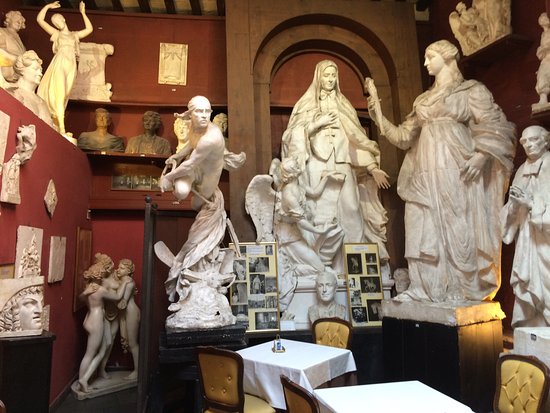 A Café Atelier? Yes! Entering the Caffè Atelier Museum Canova Tadolini means immersing yourself in art and history, and drinking a coffee is a unique experience.

Inside you will be surrounded by busts, sculptures, preparatory models, marble and bronze groups, some of them even huge. All according to the original…disorder!

In fact the place was the studio of the sculptor Antonio Canova. In 1818 the master then renewed the rent for his best student, Adamo Tadolini, and until 1967 generations of artists from the Tadolini family followed one another in the studio. Today, in this unique and fascinating historical place, there are works by all of them: Canova, Tadolini, Scipione, Giulio, Enrico.

The rooms are one more beautiful than the other and all different!

The oldest historic café in Rome and the second in Italy: only the Florian in Venice is “older” than 40 years! The Antico Caffè Greco was opened in 1760 by Nicola della Maddalena, called the “Greco” for its origins, and took its name from his nickname.

Among its rooms have met intellectuals, artists, politicians, painters, historians. In the period of the Grand Tour it was the reference point for foreigners visiting Rome.

A curiosity: at the Antico Caffè Greco foreigners could have their mail delivered, and there was a little box dedicated to this purpose.

The list of famous personalities who have followed one another over the decades is endless. We mention only a few: the philosopher Arthur Schopenhauer, Buffalo Bill, Canova, Casanova, D’annunzio, De Chirico, Orson Welles, Wagner, Mark Twain, Toro Seduto (!!), Stendhal, Nietzsche, Pasolini, Andrea Pazienza, Cardinal Gioacchino Pecci who became Pope Leo XIII, Renato Guttuso, Leopardi, Ludovico II of Bavaria. In short, many different brains, each of which in its own field has made history.

Another curiosity: the Caffè Greco is the largest private art gallery open to the public in the world. In fact, in the maze of its rooms there are 300 works on display. And still today, somewhere in the café, you can find the painter Stellario Baccellieri seated somewhere intent on painting and interpreting the coffee according to his very personal vision.

Where: Via dei Condotti, 86

Have you ever been to one of these cafes? Write it in the comments!

To the next digital journey!

Street Food: To lick your fingers!!