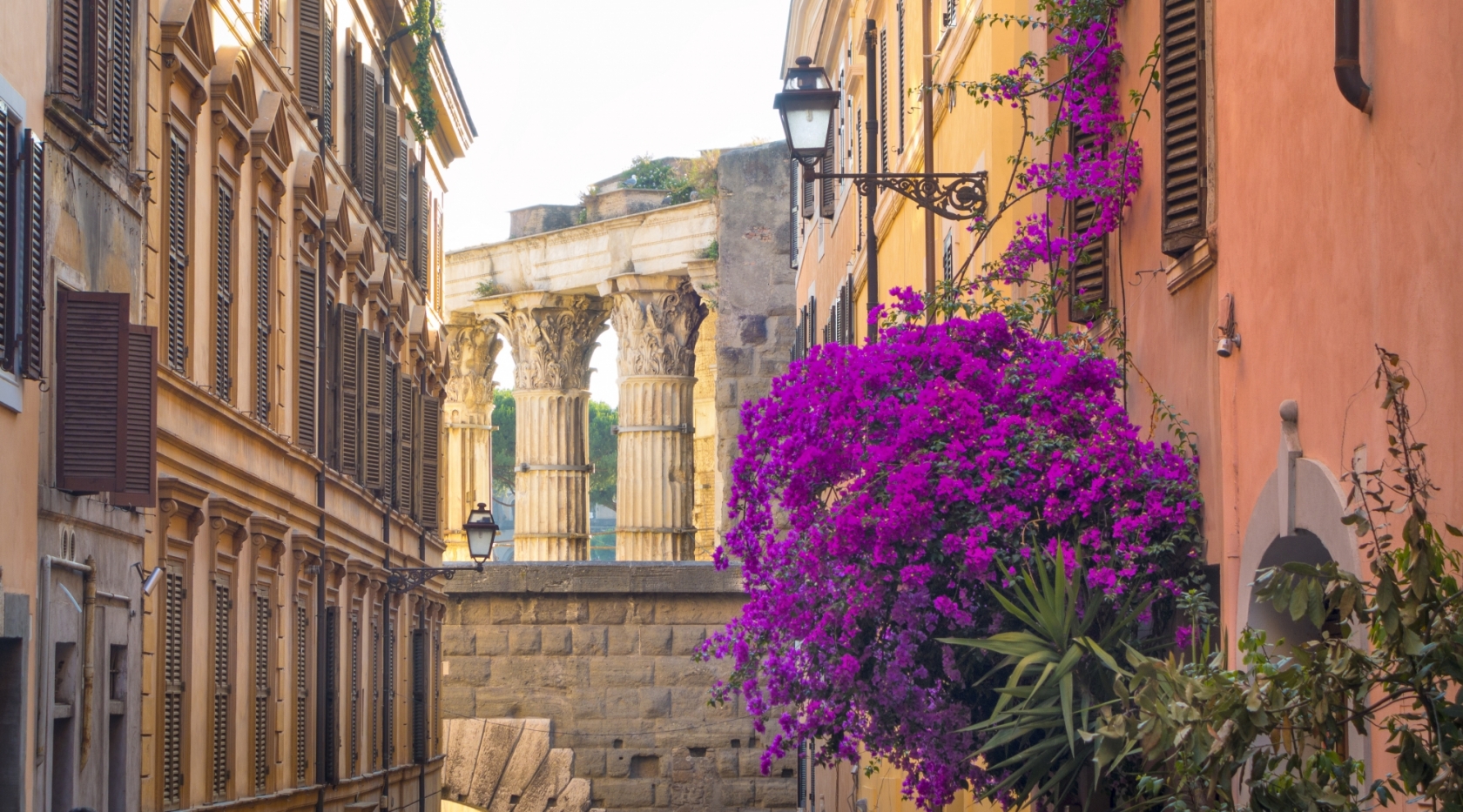 today we want to take you to discover one of the most charming districts of Rome: the rione (district in roman) Monti.
In the heart of the city, Monti is a real gem, a treasure trove of traditions, history and many small stores of artisans.
The air in the district is so creative and sparkling, that we decided to open our own little office here, together with our friends from Luleka. More than an office, it’s a beautiful urban garden, where you can visit us for a coffee 😉

If this article succeeds in piquing your curiosity, don’t miss our special experience, live and in complete safety, on Sunday, May 2nd “I Segreti del rione Monti”. 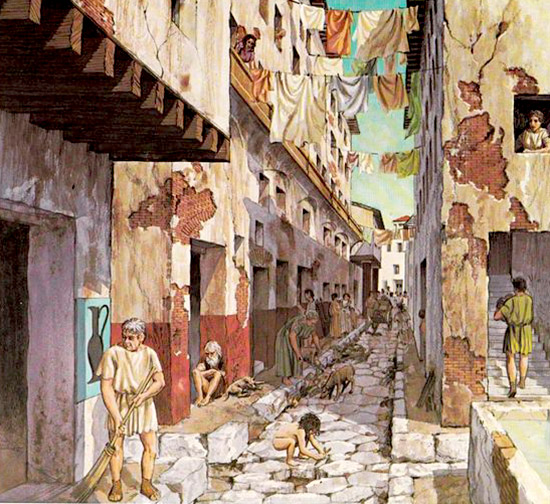 Where it all began….

Nowadays the Monti district is one of the meeting points of the movida, with many small places ideal for aperitifs, street food but also for the typical Roman cuisine. In addition, it is populated by artisans “like in the past”, who create not objects, but real works of art.

But there is much more.

The labyrinthine streets and the walls of the buildings tell a very ancient history. In Roman times this area of the city was called “Suburra”, that is “ill-famed”, “unhealthy”. It was one of the most popular and ill-famed neighborhoods of the great capital of the Empire. If this were not enough, being located in a sort of basin between three of the seven hills, the area was often swampy and unhealthy.
The poorest people and vagrants lived here. Yet, it was a stone’s throw from the beating heart of the city: the Forums. It was also the “hiding place” of many prostitutes, who made in their brothels great business, to the point that Monti was nicknamed the “pleasure district of Rome”.
And right among these stores, brothels and termopholia (the “pubs” of the time), were born characters who made the history of Rome and the Empire. An example? Julius Caesar. 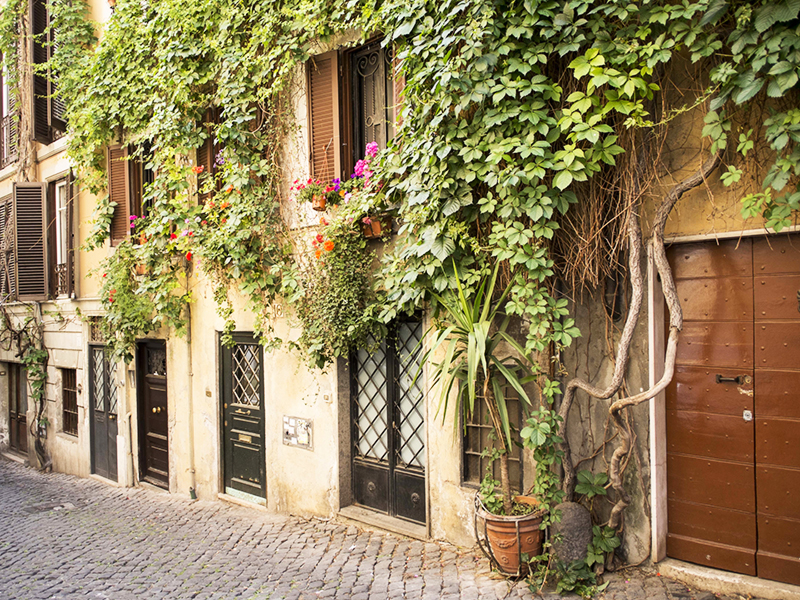 One of the most distinctive features of the district is to enclose curious stories, and partly forgotten, in the names of its streets and squares. Many of these are not at all random, but are linked to ancient traditions or events that really happened.

An example is Piazza degli Zingari. Point of arrival of three roads, the square takes its name from the caravans of gypsies who stopped here since 1600. Called to Rome on the occasion of the carnivals organized by the great Roman bourgeois families, were made to stop in this area because far enough from the sumptuous palaces, where they were invited only the day of the party, so as to minimize the risk of … theft!

However, in the area already lived many different ethnic groups, being already at that time a lively neighborhood and a great meeting point between different cultures. In Via degli Zingari, for example, there is a plaque that remembers Sinti and other groups who chose Monti as a place for their activities and stores. 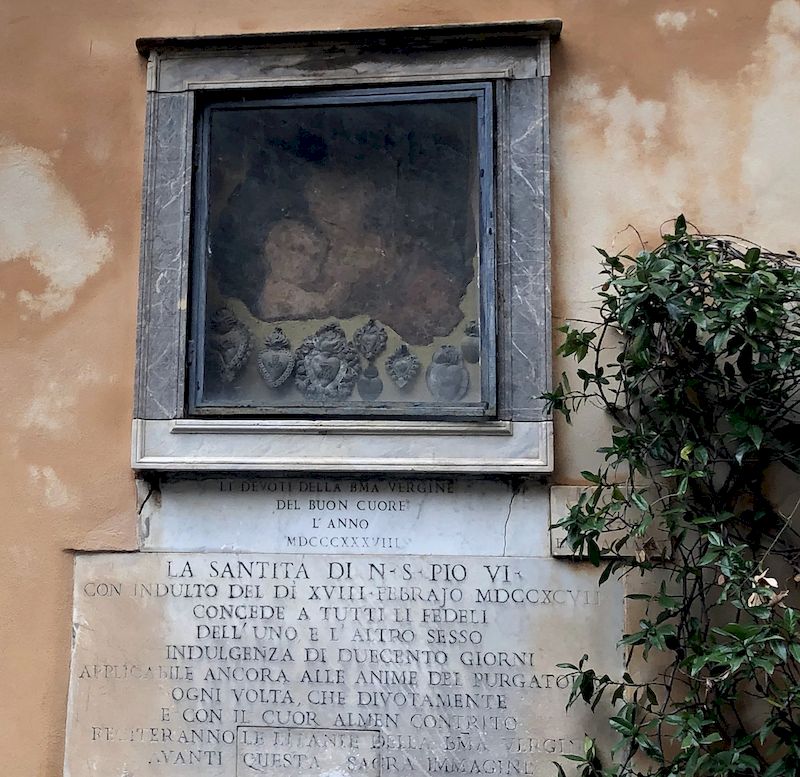 Walking through the streets of the district you will notice many little madonnas at the corners of the streets, called the “Madonnelle of Rome”, a symbol of the strong popular devotion. In Rome there were about 2500 of them scattered throughout the city.

Some Madonnelle are linked to miracles and stories, now become legend. In Monti the most famous is the one at the end of Via Baccina, which was the protagonist of not one, but two miracles.
The first one tells that, in spite of the summer heat, some lilies placed near the aedicule to honor the Virgin did not wilt for days and days. The greatest supporters say even for months.
The second one tells that, just before the French invasion, the Madonnina began to cry real tears, shocked for the sad fate that would befall the city.
The most devout call them miracles, the most skeptical “hot and wine strokes in the middle of summer”.

Have we intrigued you?
If you want to discover other secrets and little known stories about the oldest district of Rome in the company of an archaeologist do not miss our special experience next Sunday “The Secrets of Rione Monti” .

See you next digital journey!