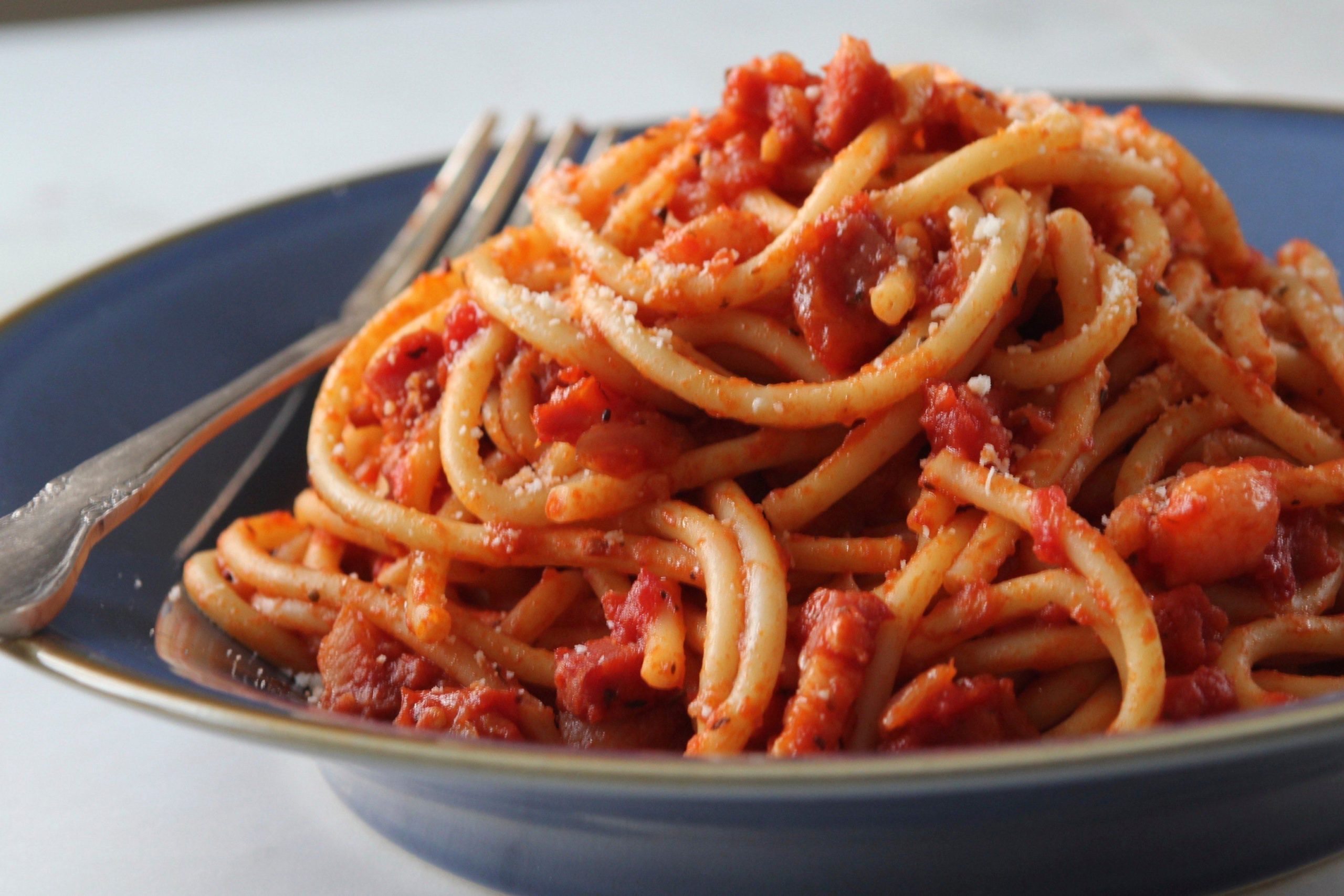 This is one of the most typical Roman pasta dishes. It originated in Amatrice, a little town in Sabina near Rieti, where the shepherds, during the pasture, used to bring with them slice of pecorino (a kind of cheese), dried pasta, pepper and bacon, simply ingredients to manage a quick meal.

Adding tomatoes, olive oil and a small glass of red wine, you will have a perfect “amatriciana”.

The preferred pasta to use is bucatini or spaghetti, always dried pasta; a must is to use only fresh tomatoes or tinned tomatoes, never use tomato puree.

Cut the bacon into strips and put it into a large frying pan with a tablespoon of extra virgin olive oil and chilled pepper for a couple of minutes, till the bacon it’s crispy and then put it away.

In the oil of the bacon, away from the fire, add the tomatoes; if fresh tomatoes first boil, peel and crush them and let it cook for ten minutes. Then take the chilled pepper away and put the bacon again in the sauce.

Let rest while you boil the pasta in salted water.

Drain the pasta “al dente”, just a minute before the end written on the box, and mix it in the pan with the sauce adding pecorino cheese helping you with a tablespoon of cooking water.

Serve very hot with a generous help of pecorino.