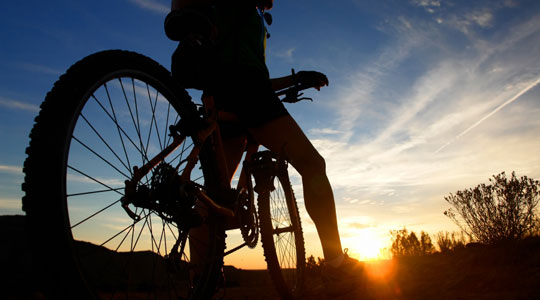 Rome is a city waiting to be discovered: getting lost in its streets is the most fun and magical activity you can do. Although, especially in summer, walks in the late afternoon are a must, there is another way to fall in love with Rome and to find wonderful corners: on the saddle of a bicycle.

Few people know the “bike-friendly” side of Rome, but with its bike paths and a little bit of spirit of adventure you can reach fantastic places.

We haven’t convinced you yet?

Here are three itineraries to live on two wheels!

Cycling you can reach two of the largest municipal parks in the capital: Villa Ada and Villa Borghese. Green oasis very different from each other, but full of hidden and magical corners.

Villa Ada presents numerous neoclassical buildings, such as the royal villa, and is located in the northern part of the city, in the Parioli district.

Villa Borghese includes the Italian garden, large English style areas, fountains and ponds. There are three things you really cannot miss: the breathtaking view from the Pincio, the garden of the lake with the small temple of Aesculapius and a walk in the “Bioparco”.

The cycle connection between the two parks goes from Via del Foro Italico to the Parco delle Valli, along Viale del Giardino Zoologico. 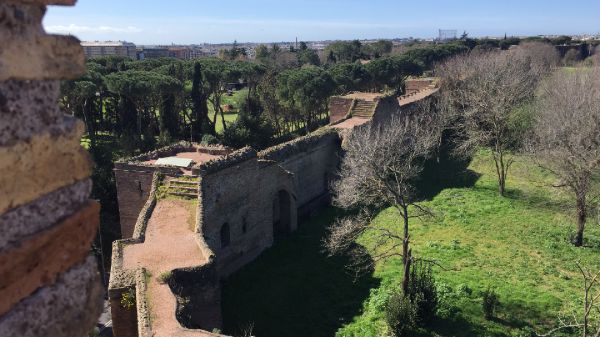 From Eur to Caracalla baths

From the Eur lake to the centre of ancient Rome: more than a bike path, it’s a real time machine!

It starts from one of the most modern districts of the city, which develops around the well-known “EUR lake”, where you can relax or enjoy various sports.

Then, following the cycle path, you magically move from modernity to ancient Rome. Once you have reached the ancient Aurelian walls, built between 270 and 275 by the Emperor Aurelian to defend Rome from possible attacks by the barbarians, the route leads to the thermal baths of Caracalla and the city centre.

And just at the Caracalla baths you can stop for a visit, because it is one of the most impressive examples of imperial baths, preserved for most of their structure. (here an amazing experience to live!)

Until the birth of the Baths of Diocletian, the Baths of Caracalla have been the most important public spas of the city. They served mostly the residents of the Augustan region between the Celio, Aventine and Circus Maximus. 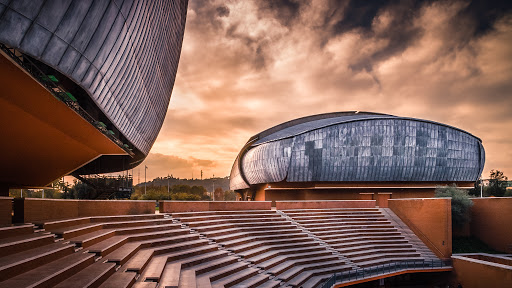 Auditorium: the park of the music

In case after relaxing in the shade of the trees of Villa Ada you want to listen some good music and not only, get back on the saddle: the Auditorium Music Park is waiting for you.

It is a complex built on a project by the famous architect Renzo Piano and has been inaugurated in 2002.

A curiosity: during its construction, a Roman villa dating back to the 3rd century B.C. was found! You know, in Rome every excavation is a discovery 😉

The music park is an open-air work of art, composed of museums, places for cultural activities and exhibitions, and also bars were you can enjoy an aperitif. But the absolute protagonists are the rooms dedicated, as its name says, to the music.

The Sala Santa Cecilia is one of the largest concert halls in Europe!

The ride to reach the Auditorium is not only pleasant, but it will also allow you to discover unknown corners of the city, such as the area of the Mosque or the hill of Villa Glori.

Moreover, after having filled up with music, you can continue your ride to Ponte Milvio, where other bike paths connect. 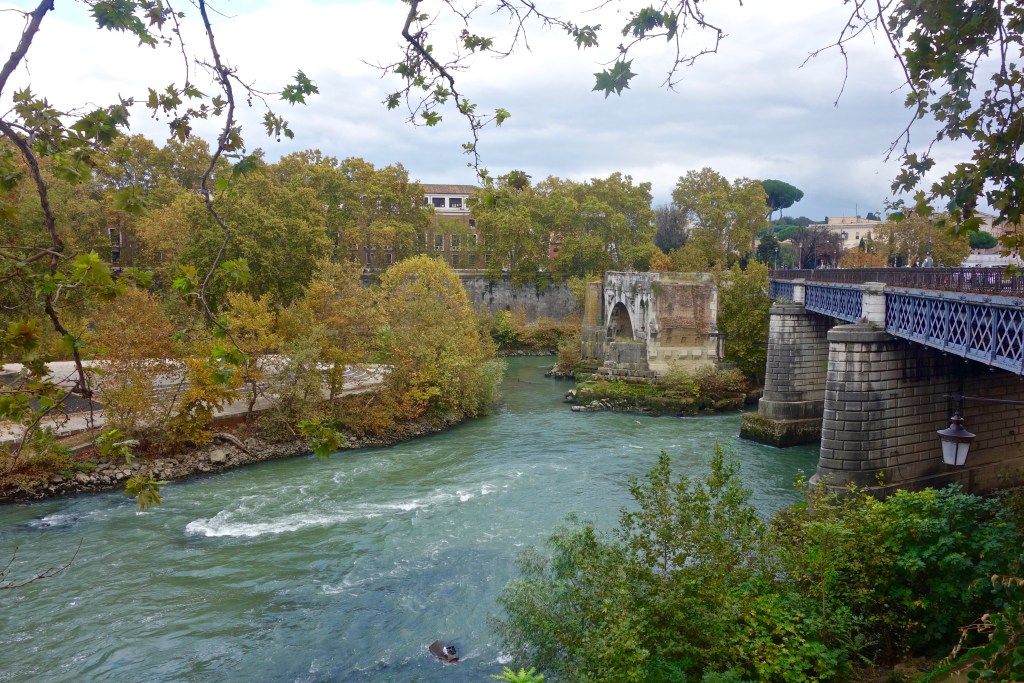 What is it? It’s the Large ring connector of the Bike

Anyone who loves bikes is… waiting for it!

It is in fact still an uncompleted project that provides the connection to all the Roman parks and cycle paths.

A 44 km route to get around the Eternal City safely and dedicate a day dedicated to beauty.

Of course, we will keep you updated on the realization of this fantastic project!

Are you interested in a cycling experience in the streets of Rome, write us to discover our proposals on two wheels 😉

And if you know any other bike itineraries in Rome, suggest them in the comments, we are always happy to ride our bike discovering Rome 🙂