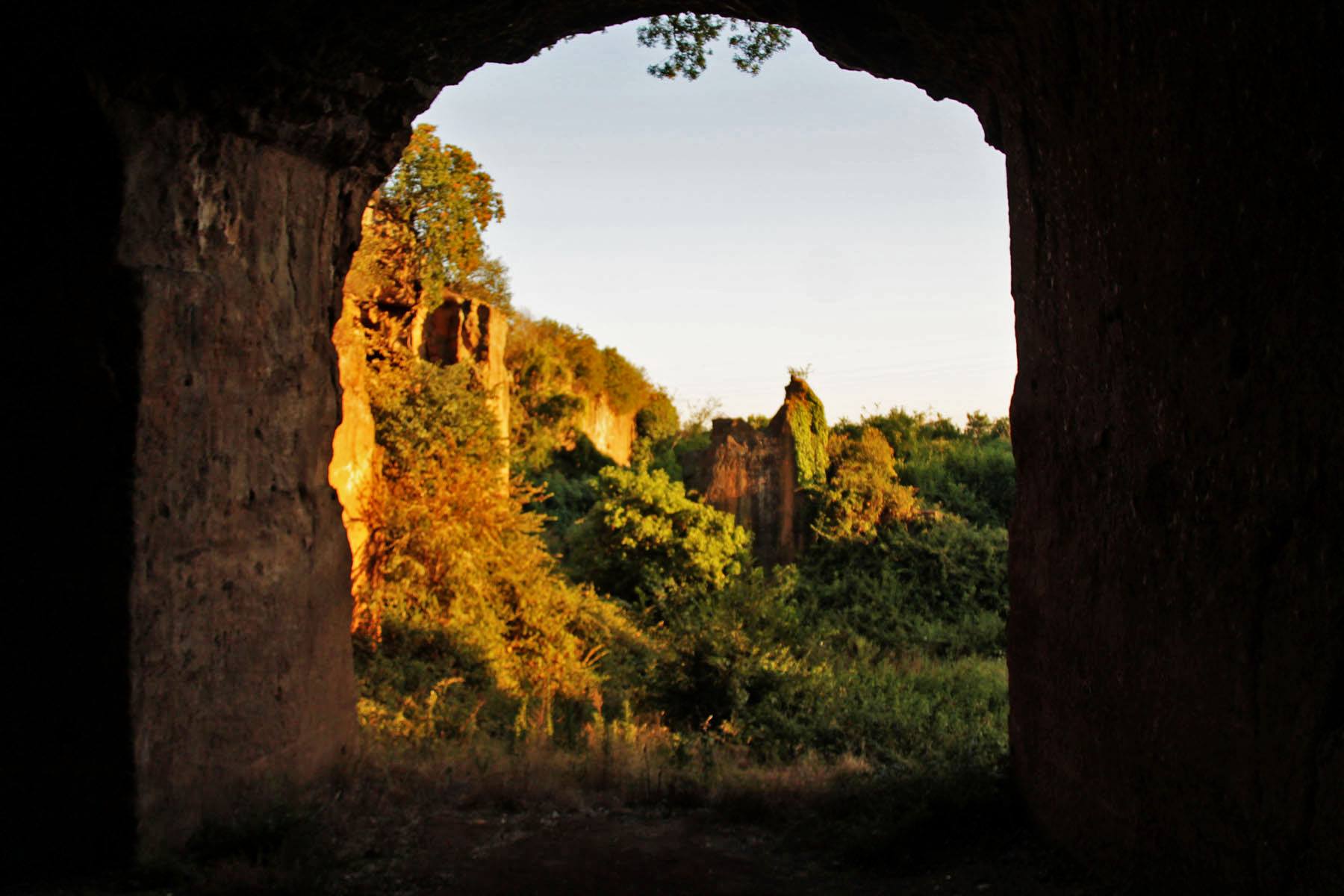 Rome is wonderful, but in summer an escape from the city is a must.

With a few minutes by car, you can reach magnificent places, totally immersed in the nature, where you will regenerate yourself and get away from the stress of the city chaos. Many are the benefits of a nice trip out of town in the surroundings of Rome!

Get in the car, we are about to reveal some fantastic and “unknown” places less far than 30 km from the G.R.A. (Grande Raccordo Anulare).

The peculiarity of these places in fact is that they are super secret – very few people know them – and are so beautiful, wild and adventurous that they have nothing to envy to exotic places far away hours and hours by plane. 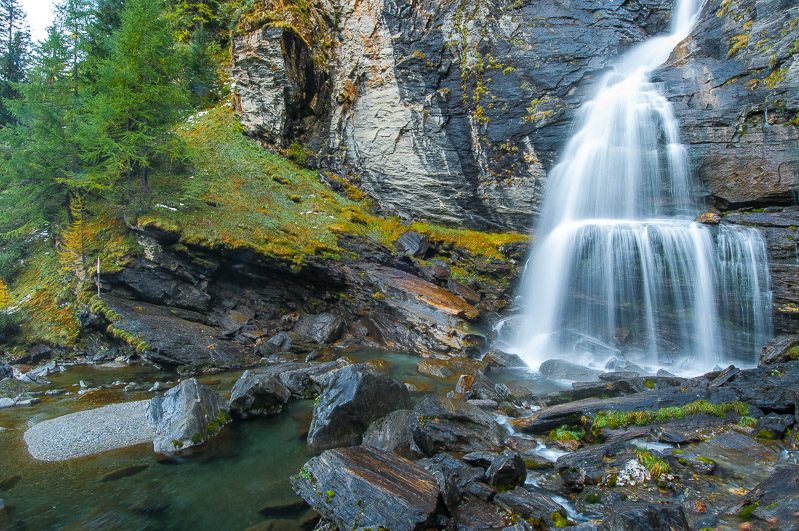 Things to Bring: a picnic basket (if you want to eat outside), hiking shoes

Located within the Veio Park, the fourth largest park in Lazio, this waterfall is a place that is hard not to fall in love with.

You’ll find it a few hundred meters as the crow flies from the “Sorbo meadows”, a picnic spot for families; but don’t worry, your destination is anything but “crowded”. As soon as you reach the place, you’ll feel the emotion of whoever arrives first in a mysterious place (Indiana Jones docet).

The arrival is surprising: you can hear the sound of the waterfall’s roar of water, but the waterfall is invisible, being behind a curve inside the rocky gorge, and appears only at the last moment in the eyes of the curious visitor. 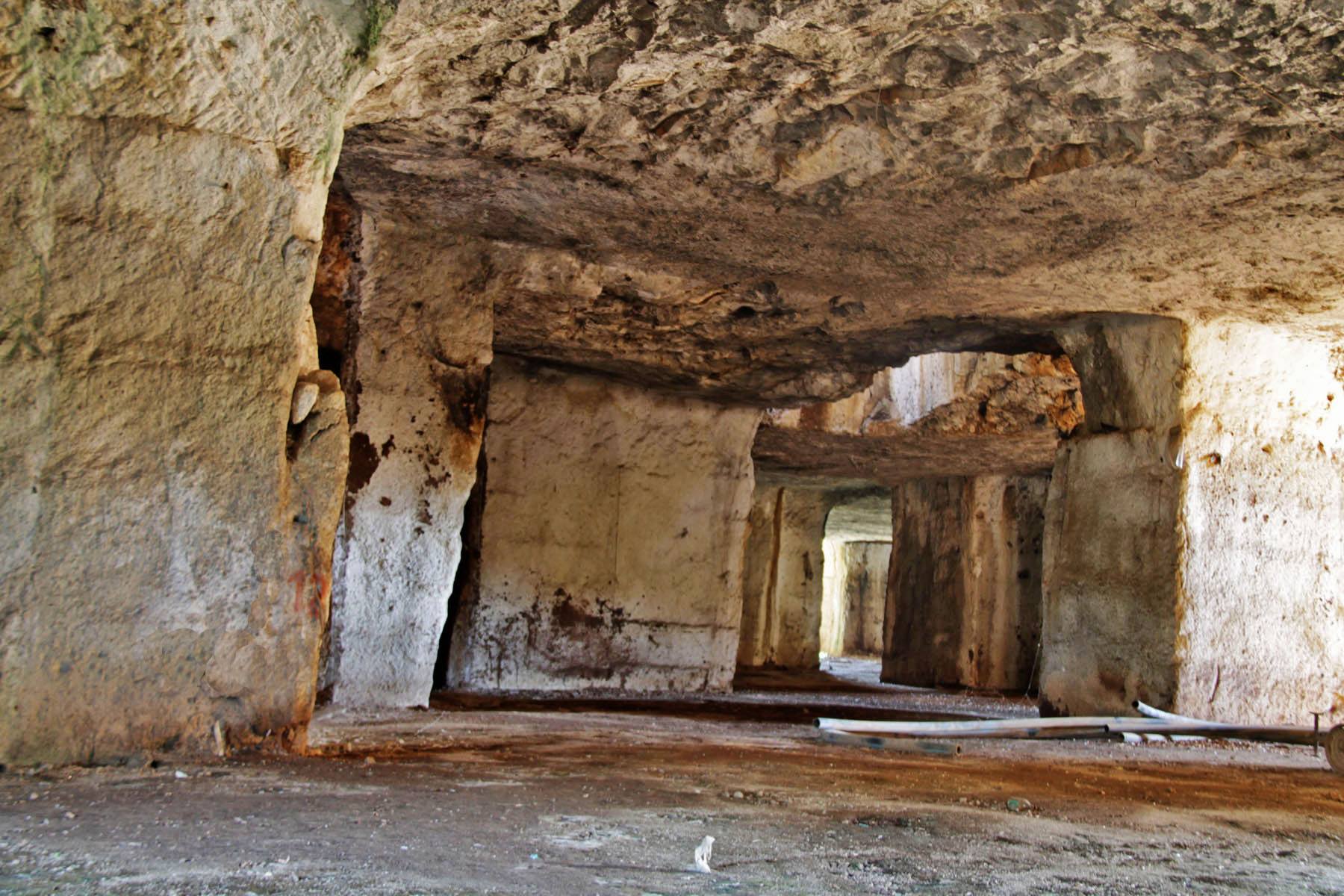 What follows is not exactly one of the most beautiful secret places near Rome. Because it’s not near Rome, but in Rome: beauty at kilometer zero!

And that’s not all: it is under the eyes of thousands of people who drive through the highway Rome – Aquila in the direction of Rome every day.

These are the Salon quarries, from which the Romans extracted the material that was transported to the city via the river Aniene, then along the Tiber, and finally arrived in the city. The Romans used it for the construction of the great monuments and buildings of the capital.

It is such an extraordinary place that looks like a movie location: medieval towers reflected in the lakes, a rock cliff overlooking a huge cavity with trees upside down, climbing plants covering the ruins, the sun illuminating the environment through huge open holes in the vaults.

This place will give you a sense of suspension of time. 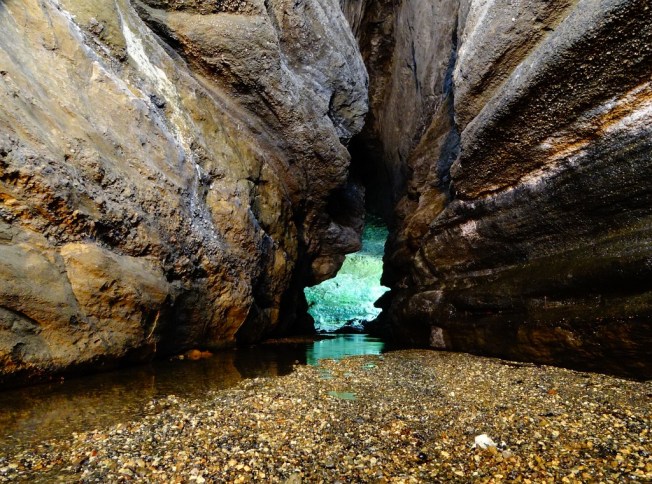 Perhaps the most stunning place near Rome.

It is located near the city of Ceri, a medieval fortified village built on a large spur of tufa rock. This area, not far from Cerveteri, was inhabited in ancient times by the Etruscans, who built something that will leave you breathless.

Near Ceri, in fact, the ground sinks forming a ravine, that is a very deep gorge than can be visited.

These are ancient tunnels that were dug by the Etruscans to drain the water of the nearby river during floods, in order to avoid a flood in the esplanade surrounding the town and its cultivated fields. You will therefore walk in one of the oldest water infrastructures in Lazio, even older than the great Roman aqueducts.

Today you will see that these tunnels appear larger, because the water continuing to flow has caused an erosion of the walls.

After a few hundred metres of walking you descend steeply to the bottom of the gorge, inside which you walk until, suddenly, you find yourself in front of a gigantic cavity with a smaller one on the side, and another even smaller nearby, all dug in a large rock basin.

This is an unmissable stop for those who want to have a spelunking experience, discovering hidden corners by the light of a torch.

Do you want more information about these or other itineraries near Rome? Write us in private!