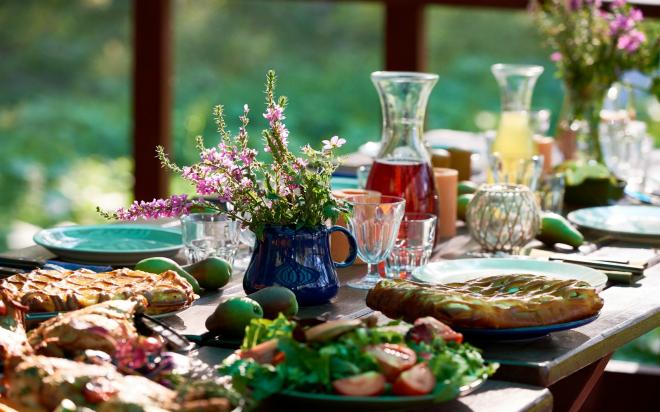 Ferragosto is approaching. Like every single Italian holiday, it’s a great “excuse” to spend the day with friends and relatives and …eat!

Well, it’s not a respectable special day if you don’t get up from the table with a few extra kilos 😉

The Ferragosto is an all-Italian holiday coming from Ancient Rome. The “feriae Augusti”, as they were originally called, were instituted by Augustus around 18 B.C.  It was a holiday for all citizens, after the hard work in the fields for the annual harvest. What can we say… Augustus knew how to make the citizens love him.

The tradition of Ferragosto is still present nowadays and it is typical to organize a trip outside the city, surrounded by nature.

What are the typical recipes of Ferragosto? Here 3 traditional dishes from some Italian regions (yes, each region has its own speciality!) 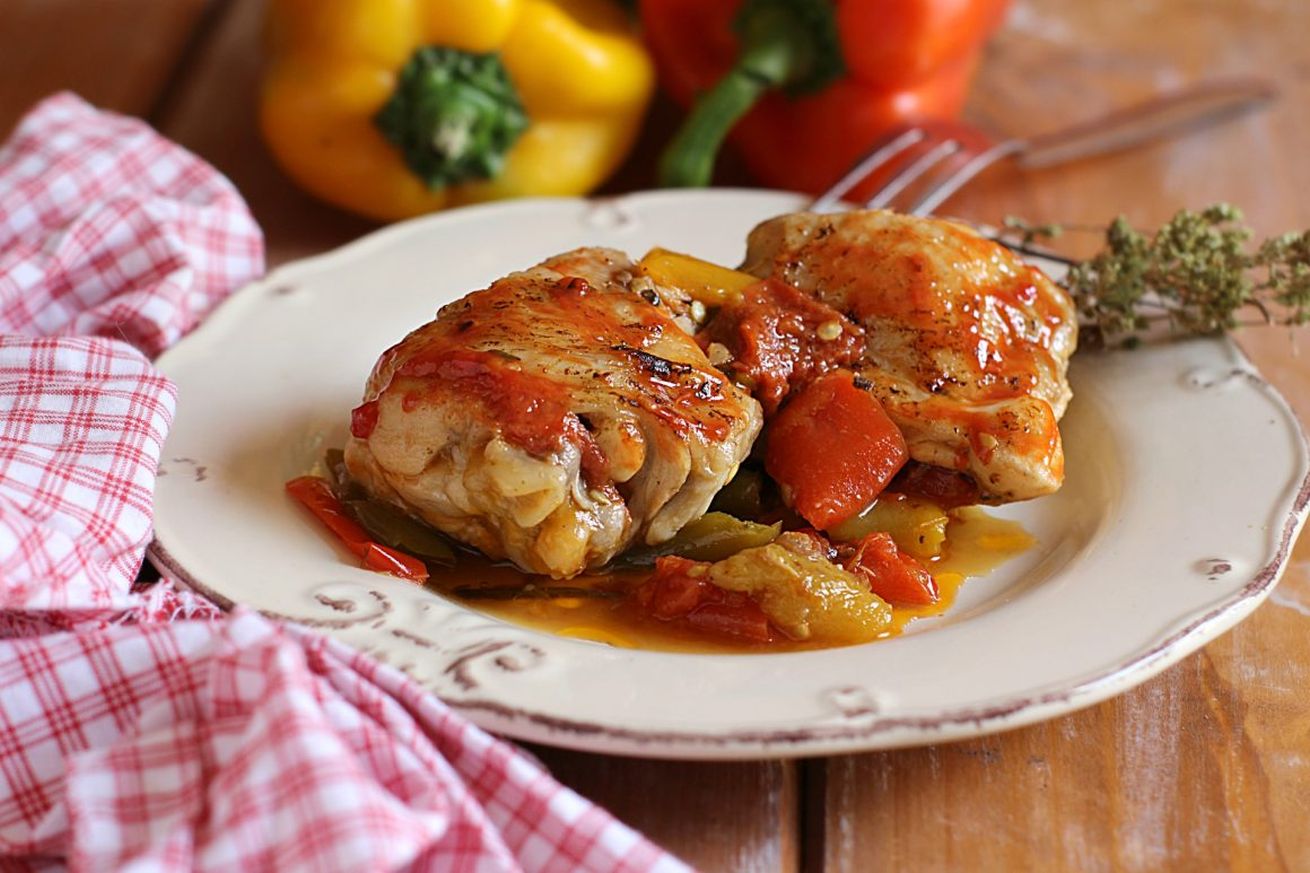 We are “biased”, so let’s start with the traditional dish of our city, Rome! It is tradition to prepare for this day chicken with peppers, a classic of the Roman cuisine.

The sweetish taste of the pepper is mixed with the meat one. The sauce that is formed on the bottom of the pan invites the diners to the so-called “scarpetta”, that is to use the bread to pull everything up and make a “pre-cleaning” of the pan itself. If you are as good as the locals, there is no need to put the pan in the dishwasher! 😉

The traditional cuisine is able to use and enhance even the less valuable parts: this second course is often accompanied by “fettuccine” (strictly made by “mamma” or “nonna”) with sweetbread ragout. 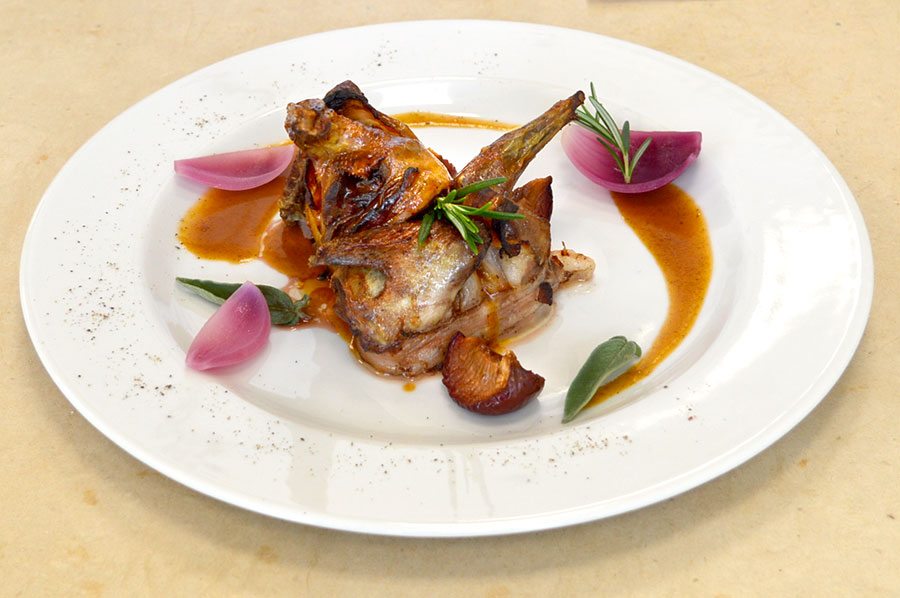 If you are curious to taste the pigeon, now very unusual on our tables, you have to go to Tuscany to celebrate your Ferragosto. Here the pigeon is stuffed, like is done in the US with turkey on Thanksgiving. The stuffing is created with finocchiona, a typical sausage of this area, flavoured with fennel.

According to some, this recipe was made for the first time by Carolingians! We simply say that: the pigeon baked with potatoes and sausages is really a dish for kings. 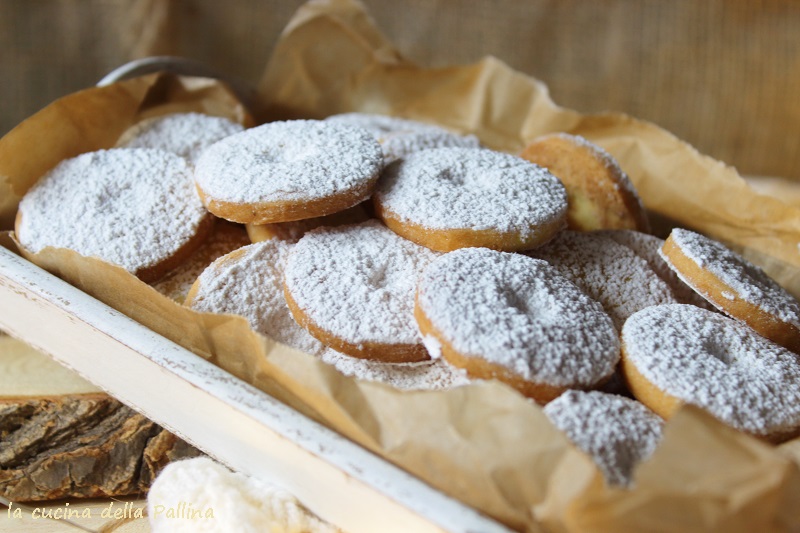 Do you know the story of the pizza Margherita created as a dedication to Margherita di Savoia? The queen Margherita must have been a great gourmet if even these crumbly biscuits were named after her.

In Stresa, on the Maggiore Lake, the pastry chef Pietro Antonio Bolongaro created this recipe in 1857. The Savoy royalty, Margherita above all, liked them so much that they wanted these biscuits every year as dessert for their “Ferragosto” lunches.

The secret of the fragrance of the pastry is due to the use in the dough of the boiled yolk, sieved and reduced into flour.

We must thank Queen Margherita if today we can enjoy these sweets, perhaps with a good coffee, perhaps on the shores of Lake Maggiore. Perhaps.

And you? Do you have a party like this for “Ferragosto”? Or have you ever celebrated this special summer day during one of your trips to Italy?

Until the next digital trip!