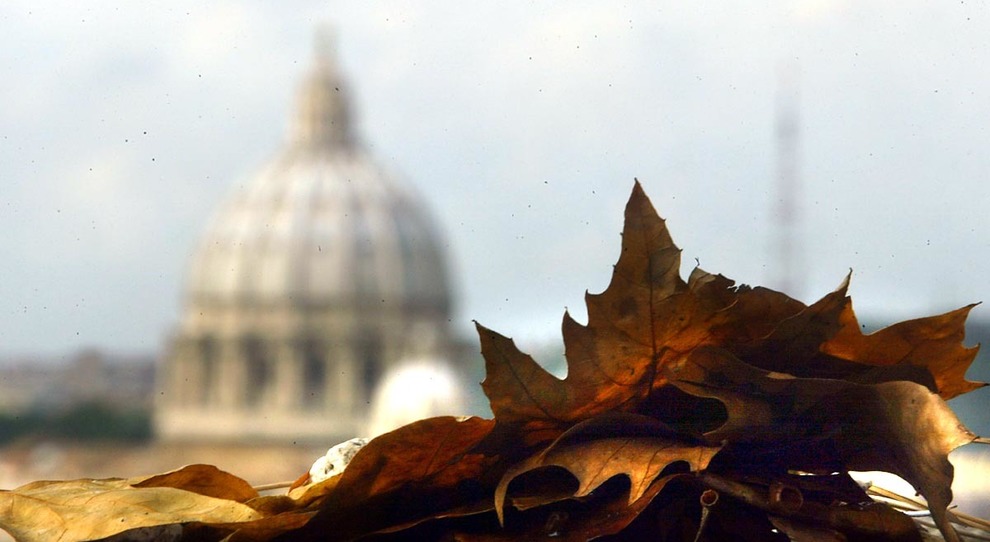 Unless you are Roman, perhaps you have never heard this expression.

Rome fascinates its visitors all year round: in winter, when the grey clouds are reflected in the dark waters of the Tiber, but also in the middle of summer, when the majestic monuments shimmer under the light of a fiery sun.

But there is a particular month, in which the Capital lives a warm autumn, in which all nature seems to launch a last gasp, before dozing off for the long winter: October.

This month represents for Rome the last moment of summer, so much so that it is not rare that the Romans head towards Ostia, for a last day on the beach.

How is this possible? It is a typical phenomenon of the Capital that takes the name of the Roman Ottobrata.

This anomalous climate, which in October affects Rome, is a gift from the anticyclone of the Azores. In this period, in fact, an imposing mass of hot air arrives on our peninsula, particularly affecting central Italy.

Rome, therefore, still tastes a little bit of summer even in the middle of autumn. The anticyclone, in fact, ensures an extremely mild climate and total absence of rain, allowing the Romans, since ancient times, to enjoy the last trips, called “scampagnate“, before the arrival of cold winter temperatures. 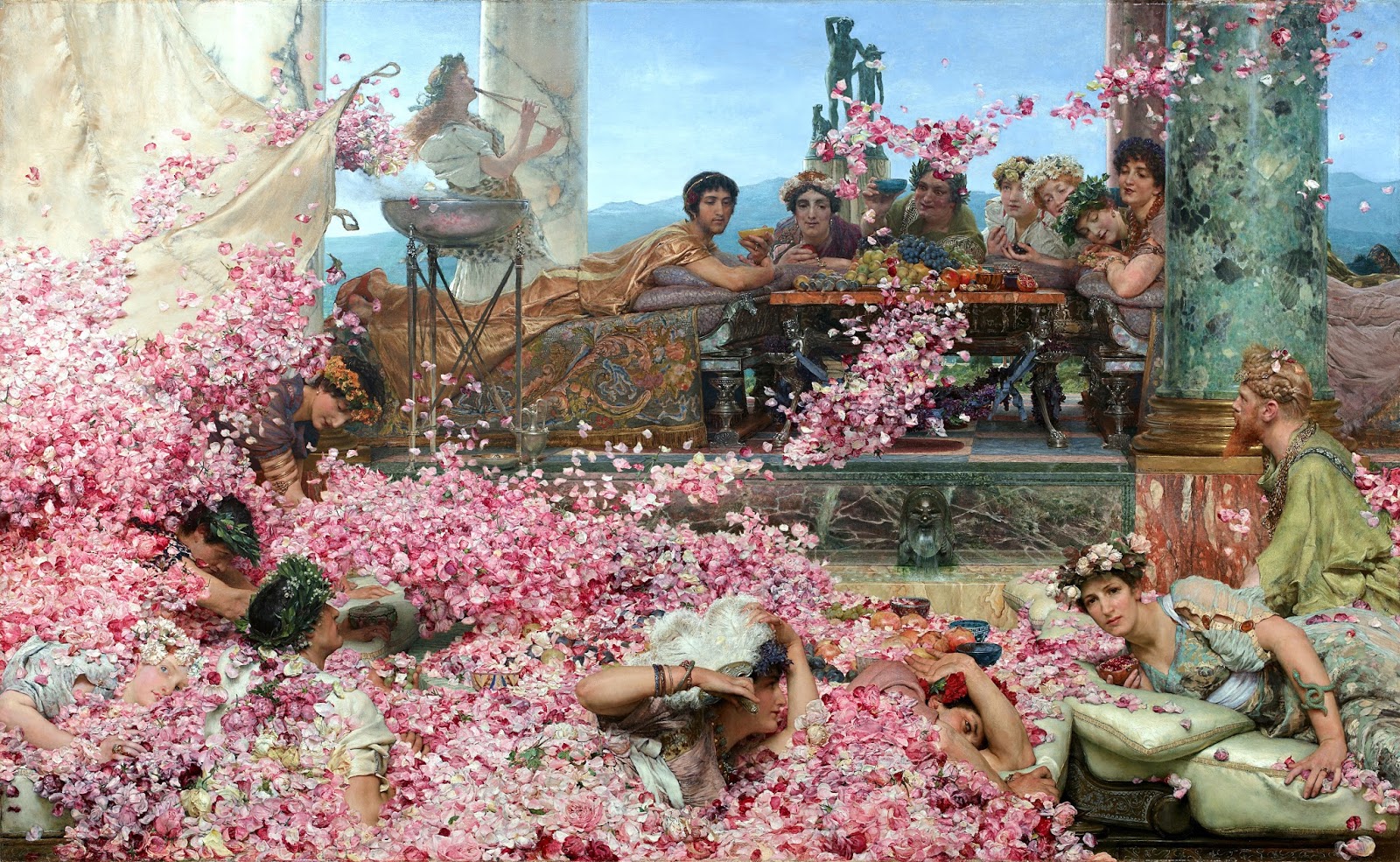 Meaning and origins of the Roman Ottobrata

The Ottobrata means for the Romans the characteristic trip out of town, with friends and relatives, in October.

The origin of the Octobrata of Rome has its roots in a very distant past, as it dates back to Ancient Roman times.

The Romans usually organized the Baccanalia, parties where wine and good food could not miss. They were extravagant parties, where everything was allowed.

The Romans themselves decided then to make them forbidden, because they were uncontrollable! 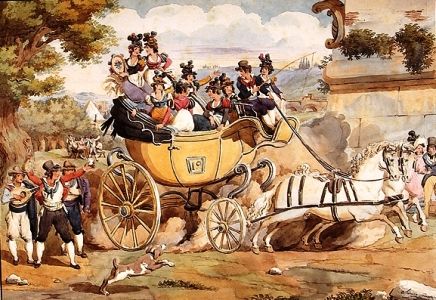 A feast for all Romans

The Roman Ottobrata began to be celebrated again during the nineteenth century as an activity related to the harvest period and the Romans left the city to reach the vineyards that were beyond the gates of the Capital.

At that time there were no cars, so they left from the”rioni”, the neighborhoods, aboard the characteristic “carettelle“, curious carriages in the shape of eggshells, pulled by two horses decorated festively.

It must have been really funny to watch that unusual procession that left behind him Roman stornelli, laughing and mocking!

No one abstained from the Ottobrata, but, above all, no one gave up showing off their best clothes.

And no expense was spared! It is said that in those days, the Monte dei Pegni did business in gold: the Romans, in order to be able to afford a dress worthy of the feast, were willing to commit even those few possessions they possessed! 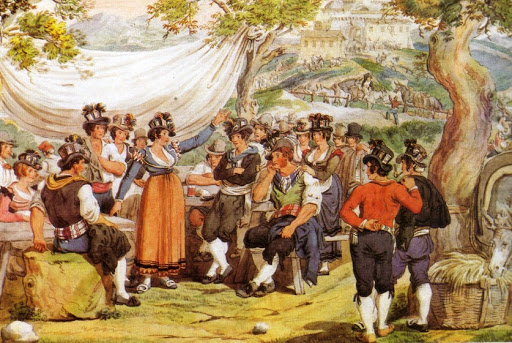 Wine, food, and goliardia: and it’s immediately taken away!

For the poorest people, who could not afford the typical “trip out of town”, the Borghese family took care of them: during the Sundays of October, in fact, they opened their villa, the famous Villa Borghese, setting up the meadows with rides, shows, equestrian performances and athletic competitions.

But no matter where you went, the atmosphere was the same everywhere: dancing, singing and wine, lots of wine.

In short, the Roman Octobrata was a real feast of the senses and sociality: a tradition that comes from afar, but still lives in the habits of the Romans. 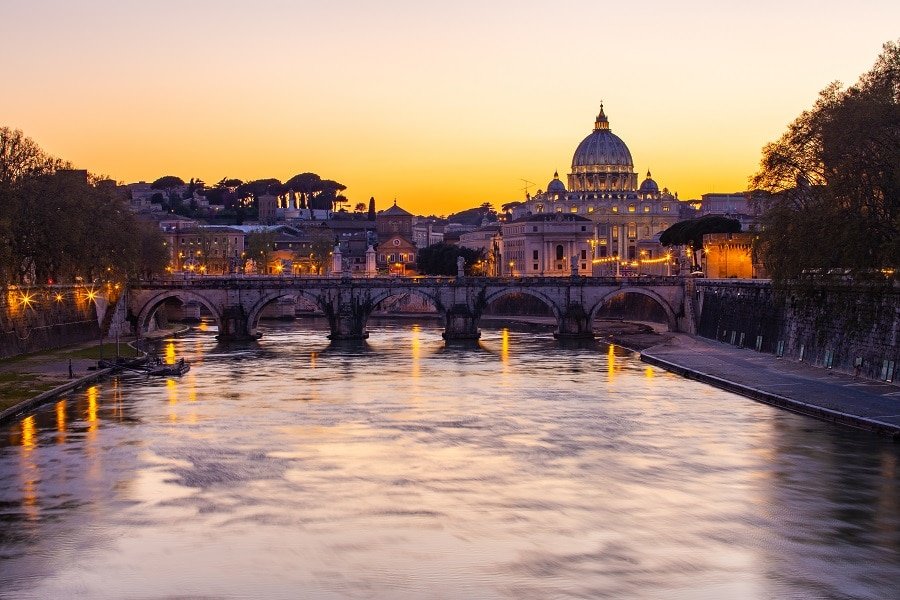 The hot Sundays of October convince even the most “slippers”, i.e. the lazy, to leave home, so the city of Rome organizes various events and manifestations for everyone.

If you want to know some of them, don’t miss our advice this month on our social pages!

We will reveal events not to be missed!

Until the next digital trip,

8 of the best Italy travel tips